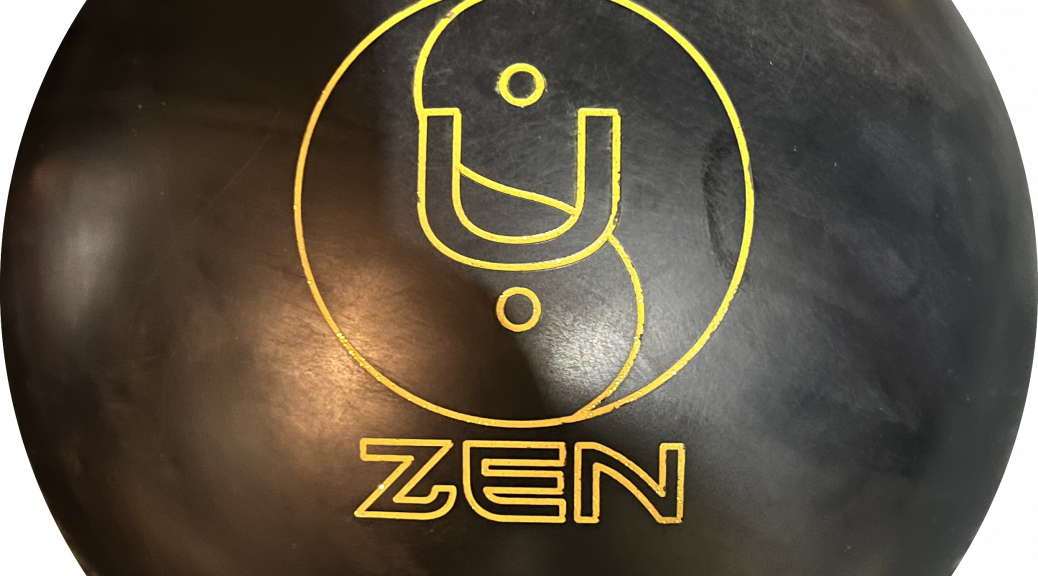 First Impressions
Here we go with another urethane ball. Although the Zen U harkens back to the nostalgic days when urethane was simple Black color and yellow script, it’s shape is more than that.

Specs
The 900 Global Zen U uses the Meditate LD symmetric core inside the s35 Urethane+ coverstock.

Overall
I don’t have to tell you my feeling on urethane but as we all know it’s here to stay. So manufacturers will continue tweaking urethane to give us varied reactions. In this iteration, 900 Global goes with a pretty strong cover with the same shape Zen core but with a much lower differential. The idea is to give you a urethane ball that has the control of urethane but a bit more responsiveness while putting in a control shape core. The standard Zen core would create a ton of flare which would definitely give you a different ball. Sometimes too much of a good thing is simply too much, ala Hot Cell. To be fair I enjoyed the Hot Cell but I digress.

Tyler’s test here probably demonstrates all the best characteristics of the Zen U. We are on a typical walled house shot. He is able to get into the 3rd arrow and beyond out to 7 or 8 and wham. He could miss in but tended to get a bit of a flat hit. If he missed out, the ball actually overreacted. A bit of a surprise. Honestly it reminded me a bit of some of those huge reactive balls that dig and sometimes the pattern is too light. But giving it too much room and it won’t work. Think Motiv Trident Abyss for example. I mean yes you can see it has the clear urethane characteristics but at the same time the speed of responsiveness let’s you know it’s amped up a bit.

Sean is up next. His roll is a touch more forward than Tyler and you can kind of see the difference it makes. The Zen U looked much more “urethane” than “plus”. It’s too strong to start up in the outside oil but with a little room, it was touch and go. There are some nice shots in there but there is maybe a bit too much precision needed in terms of where you come out of the pattern to be usable on this particular condition. A bit of a surprise seeing the difference between Sean and Tyler isn’t that significant to see such a difference in ball motion. It just came down to the ball being more effective with a bit more axis rotation.

Now on to Bryan. The initial look is pretty obvious urethane reaction in the sense of how it early it starts up. Once he starts moving left, say from 12 with belly, hey surprise, that wasn’t too bad. Miss in and leave a flat corner, no surprise there. Then Bryan finds a sweet spot near the second arrow where he basically strikes all day. So you know how 900 Global said this could work on cliffed house conditions? Will in Bryan’s case, that is true. Really all he needed to do was just get a touch left of the dry and he had some nice room. Yes it was early but it wasn’t that dead reaction he would get from traditional urethane. Although what balls are traditional urethane anymore… Anyway, he only needed to watch out for the pitch out to the right as it did over hook, which again gets its characteristic from the “plus” side of chemistry.

Final Thoughts
By now, we can’t be surprised by another urethane ball coming out. The thing we haven’t discussed yet is fit in the arsenal and here’s where I’d probably still go specialty but it could potentially be in the mid control part of the bag. There have been a handful of urethane balls like the Roto Grip UC3 and Motiv Blue Tank that fit in there. The 900 Global Zen U is a small step up from the UC3 in the sense that it reads a little earlier and is a little smoother. So if you were creating a urethane lineup, you could have both since they compliment each other.