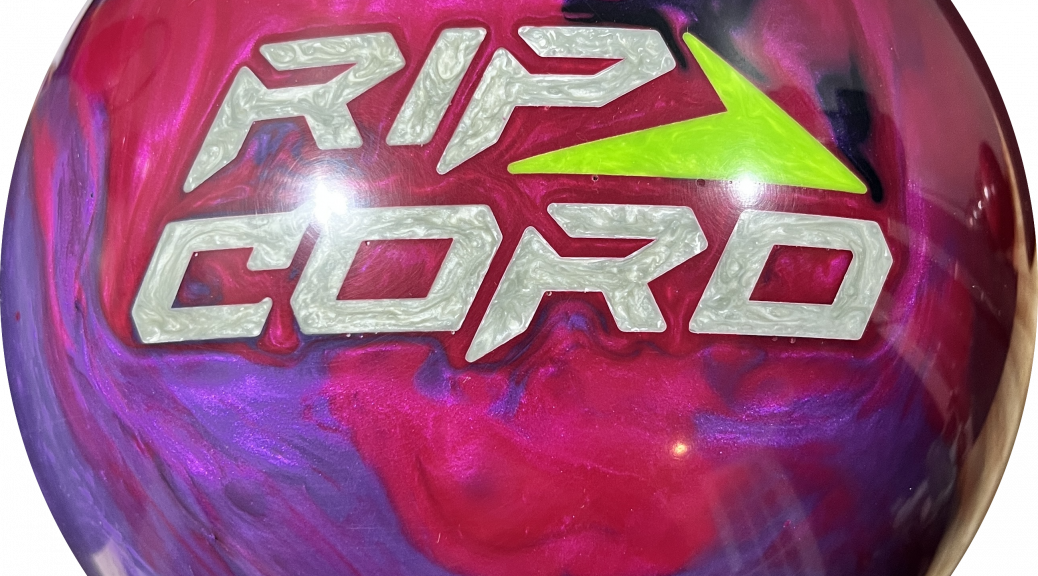 Overall
OK, let’s get into it. Firstly, the Ripcord Launch looks awesome. Colors are nice and the logos look cool rolling down the lane. With that said there are many things that confuse me here. Firstly, why Motiv releases different cores in a primary ball name is beyond me. I find it very confusing. You can have Ripcords with different cores in it. Remember the Forza that started the Torx core, well the Forza SS had the Sigma core. The Trident balls had different cores. Just outright confusing, don’t really care about the explanation. Now let’s leave all that aside and discuss ball reaction. Well guess what, that also confuses me. The Ripcord Launch I feel is stronger than I expected in this part of the Motiv lineup. Secondly, it is pretty forward rolling off the end of the pattern. Despite a moderate differential and symmetric shape, this thing seems to roll like a big asym. I feel like this is the first ball in a while I feel the placement is quite wrong in the Motiv ball guide. The hook set shape we are seeing is like a bit of a weaker Sky Raptor which also had that type of sharp shape but stronger overall. With said, it would probably fit fine in the chart if the Iron Forge was there. So maybe I’ll take it back and say the Iron Forge is totally misplaced now. The Iron Forge is definitely less ball, smoother and rounder. I’m feeling some redundancy in the lineup. If I had to place it, I would have the Ripcord Launch right under the Sky Raptor and the Iron Forge right above the Fatal Venom. With Tyler we started on the right lane but that typically hooks quite a bit and he struggled with just over under where one shot is too strong and the next is flat. Moved over to the left lane and it looked better as it is a much tighter lane. Tyler ultimately found a good look between the 3rd and 4th arrow but it started to feel like we would have a narrow window of usability with the Ripcord Launch.

Looking a little closer at Bryan with the Ripcord Launch more or less reveals similar characteristics. Honestly, he had to work quite a bit and manipulate ball reaction to find something that works. OK so let’s say that’s no big deal and it just took time to figure out the ball. Trouble is that again, Bryan felt a relatively narrow window of usability with the shape the Launch created. The hook set motion just seemed to limit downlane board coverage. In the normal window, he just didn’t get much forgiveness as if he got to the right, the ball just didn’t have the backend as it spun up so quickly. He found a nice shot finally, by moving in and reducing speed. There he would find more oil but simply give the ball more time to come back.

Final Thoughts
I have to ask did Motiv try to do too much of a good thing with a sharp cover and sharp core? Does this just limit usability by reducing versatility. Unfortunately, I feel like the answer to that is yes on the lanes and condition we tested on. The ball looks great when it is working. It’s just got that heavy roll you can immediately feel this is a big footprint type ball but not Sky Raptor territory. It makes me wonder how it will fair on other conditions but this is what we saw here. I think this ball needs more volume to work effectively and show off its motion.