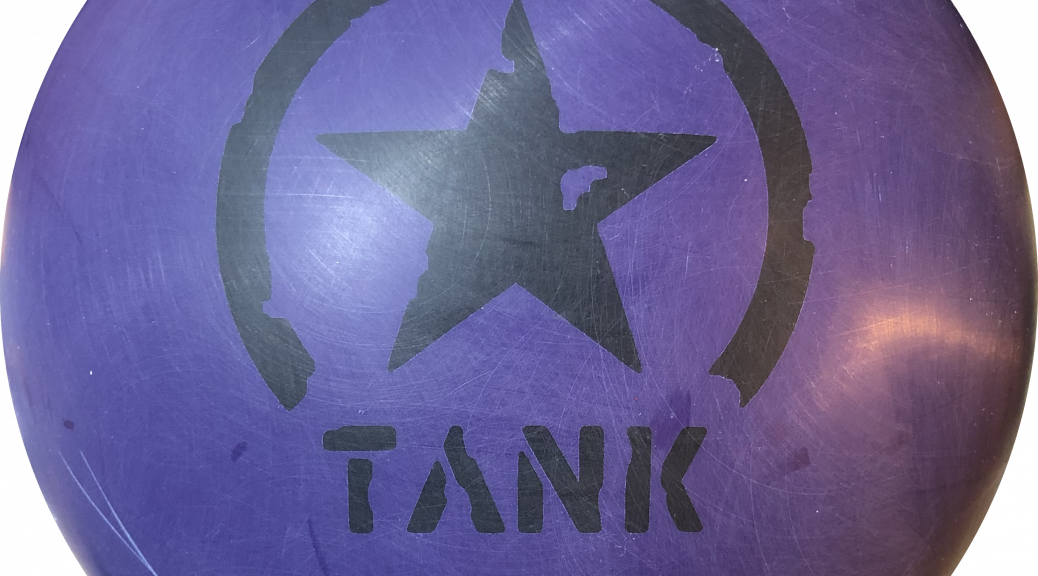 Overall
Where do I start with this. I’ve seen people review this ball out of the gate and of course urethane is insanely strong the first few shots. You have to let it settle a bit. The initial shots in the video are just that, fresh out of the box. It’s of course strong and I’m working a bit too hard to deal with the fact that it’s chewing through the fronts and then running high. So then I open up a bit and then it’s too soft down lane for my rev rate. The thing is after a game or so, it calms down a bit but it’s obviously a strong cover with lots of surface. The difference between the Purple Tank and the Purple Hammer is that the Tank is a solid urethane vs a pearl urethane. It’s hard to say if the Desert Tank is closer but it certainly feels willing to float a bit longer than the Purple Tank. The Purple Tank really takes the shape of what I would consider a “strong urethane”. It’s a modern control reaction where you get more motion than you would from an old school urethane ball. You have to remember that old urethane was designed when the volume was lighter and pattern was very short. The Purple Tank helps you see the lane the old school way even though we are on modern patterns. I still think it can be tricky for some bowlers who can’t quite play in the friction due to early roll but don’t have the rev rate to get it to wheel back when opening up.

After a little bit of testing, I decided to try the more direct line with more speed and forward roll to utilize the friction more. I felt like this line is more ideal for me. Carry is somewhat hit or miss as I just think the ball needs a bit more oil but the correct motion with getting it out a bit earlier allows the ball to start to transition sooner which it wants to do already. Ultimately I like the motion but it is a bit too strong for this pattern if that makes sense. Remember that house shots are walled, meaning lots of oil in the middle and very little to the outside. This ball is stronger than the Desert Tank and therefore I couldn’t quite be as effective using the friction. It’s too much friction for the Purple Tank. I can see this being much better with more volume or tougher flat patterns.

I did test 2-handed as well and yes, there’s obviously more motion as you would expect. I was having some pretty significant back issues so I really will only assess the ball on decent execution. I had more room to carry ultimately. I can miss out or in with some decent forgiveness. Honestly, I still feel like the out of box surface is a bit chewy so it is burning up more energy then I would like. I think people sometimes mistake urethane as light oil or breakdown balls. While that can be effective in certain conditions, they are honestly more effective with some volume when you have a direct line to the pocket. They come out of the box with incredibly aggressive grit finishes. Why would 1000 grit finish be effective on low volume? It will read early and kind of puke. That’s why some of the pearlized urethane or urethane-like balls are a little more effective on lighter volumes.

Final Thoughts
At the end of the day, some people will be super excited for the Motiv Purple Tank. My guess is people will find it more effective with a bit less surface after they use it a bit. It is a solid urethane so isn’t as long as the Purple Hammer. It’s kind of a step up from the Purple Hammer but for Motiv fans, a step up from the Desert Tank. Those 2 can be a very nice 1-2 punch if you are a big urethane fan. For my game, the Purple Tank is a specialty ball. I can see it being very effective on tough sport shots for me.