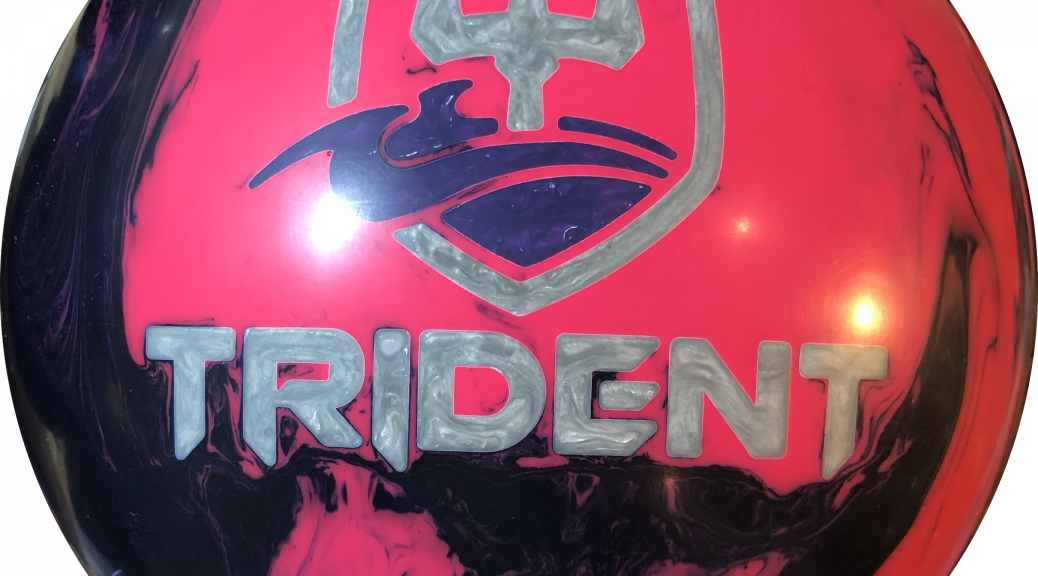 First Impressions
Not sure what others see but for me, the standout characteristic for the Motiv Trident Horizon is versatility.

Overall
I had no preconceptions going into this test. I still like the OG Trident core but it looks like Motiv has decided to move to the SideWinder for the Trident lineup which ultimately is a logical choice. The OG core was a pretty strong asymmetric, competing directly with the top line Jackals at times. This allows the Jackal to sit clearly at the top of the lineup with the Tridents being a clear step down. I will ask for forgiveness on form up front as I was having some severe back pain which was affecting my ability to post shots. Anyway, at first as I usually do, I work direct. I was surprised that the ball worked immediately from there. Actually same place I started with the Purple Tank. With the Horizon, I really felt like I can park right up 12 and have tons of room. Honestly anywhere from 10-14 at the arrows was a breeze. Ball gets down lane relatively easily compared to say a Forge Flare which read at my feet. But it’s not late like a polished ball so you see it read and just boom through the pins. I think the factory finish at 4000 grit LSS is very smart as bowlers will be able to use it straight away without significant surface adjustments. You’ll see a couple of shots as I get in to the 3rd arrow that labor but that is more a function of the walled house shot pattern. However, you will see that I immediately figured out I could be a little more finesse with the shot and get it to turn over. I like that the ball has some surface which adds control while still very capable of generating a booming motion. You get a medium heavy roll of a medium strength medium RG asym.

I came back to the Horizon after the Purple Tank test to see how the ball fairs after urethane has supposedly destroyed the pattern. It was easier to play direct but the Horizon still got down lane. You can see a touch of softening of the down lane response but the core still wanted to turn over. The Trident Horizon just felt like it blended whatever mess was created by the urethane and it just wants to do its thing which was pretty comforting and comfortable. I enjoyed having that kind of shape where I didn’t have to have the biggest piece that was going to fight the fronts to do something downlane.

Here’s a look with the Trident Horizon 2-handed. I was in a lot of pain and was struggling to throw the ball consistently. Despite this, I thought it was worthwhile to show because how good the ball looked. I struck a lot despite throwing the ball awfully. It wasn’t very difficult to get it down lane which I can struggle with using the big pieces 2-handed. It was nice and smooth while still providing strong enough backend. I’m not big on lots of colors but I really liked watching this one go down lane. This ball again demonstrated its versatility 2-handed just like it did 1-handed. I can use different breakpoints and different angles. I had forgiveness left and right. Crap releases and good releases. Just seemed to do the job.

Final Thoughts
The Trident Horizon is a strong release from Motiv. Its versatility is going to allow it to land in many arsenals. In terms of arsenal category this is an interesting one. I think this ball can be a bit of a chameleon. I like it in the Mid Defined category for my game on tougher shots. I may put something a little cleaner there on a walled house shot. That means it could also fit in the mid strong control for someone on the higher end of tweener and mid control for the lower end of tweener. If that doesn’t say versatility, not sure what does.