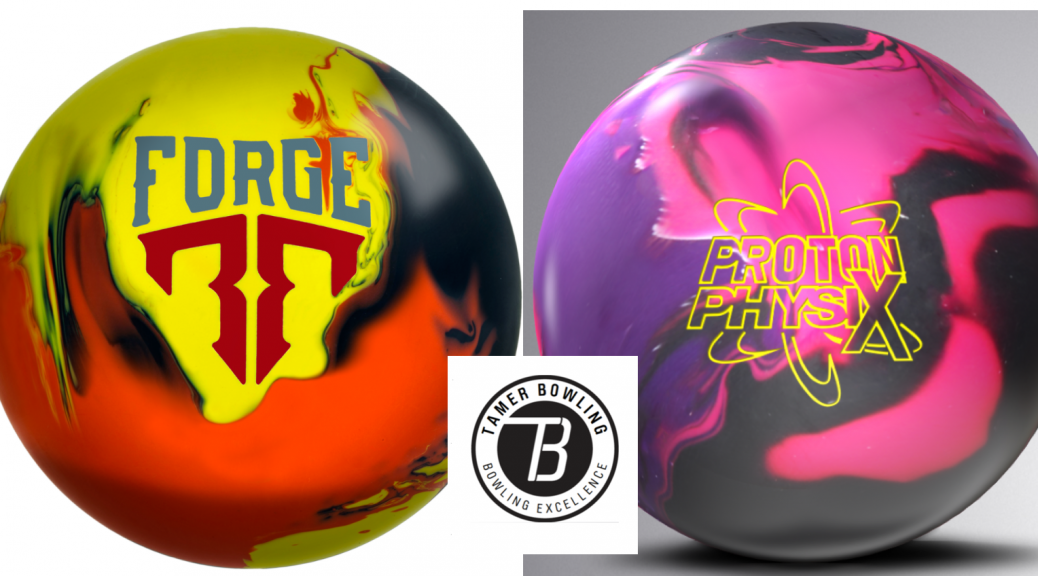 This comparison between the Proton Physix and Forge Flare is an intriguing one. On paper this shouldn’t make a lot of sense. However, how the balls behave in real life is the critical thing. In this case, there was no doubt the Storm Proton Physix was designed as the top dog, the ball that fits in the strong defined category in the bag. That should basically be the strongest ball in your arsenal. Remember there are 2 strong balls in the arsenal, strong defined and strong control. The strong and sharper downlane shape that comes with this big asym makes it defined. That’s the obvious one. On to the Forge Flare. The original Forge was a great Strong Control ball. It was strong but smooth off the dry and that made it a no-brainer control ball. With the Forge Flare, despite the undrilled ball being a symmetric, this ball without a doubt is more responsive down lane and stronger overall than the OG. I immediately thought, I would have no problem slotting this shape in my strong defined slot as well. So this is strong cover vs strong cover, asym vs sym. The Proton Physix still does have a more forward tumble at the end of the pattern but not by much. The Forge Flare likes to really be throw away from the pocket. It is possible that symmetric characteristic actually allows the Forge Flare to be a bit more continuous when being thrown sideways. The Proton Physix is a touch sharper and again a bit more forward rolling. The Forge Flare really makes the move due to the strong cover that has a very aggressive finish out of box.

How to choose between these? If you are a Storm or Motiv fanboy, then you’re choice is probably already made. If you are independent, looking for the best piece, it’s a tricky call. If you have several Storm pieces in the rest of the bag, I tend to think it’s easier to have the same brand. Same if you have Motiv. My personal feeling as my bag is a pretty good mix of brands is that I have no problem choosing either one to put in there. Both balls do not disappoint when you are looking for that big piece that not only has traction but also goes down lane. We sometimes see snow tires that really only work with more direct trajectories as they chug way too early and right themselves quickly. These 2 balls are confidence inspiring with open angles.

Good Luck with your choice.