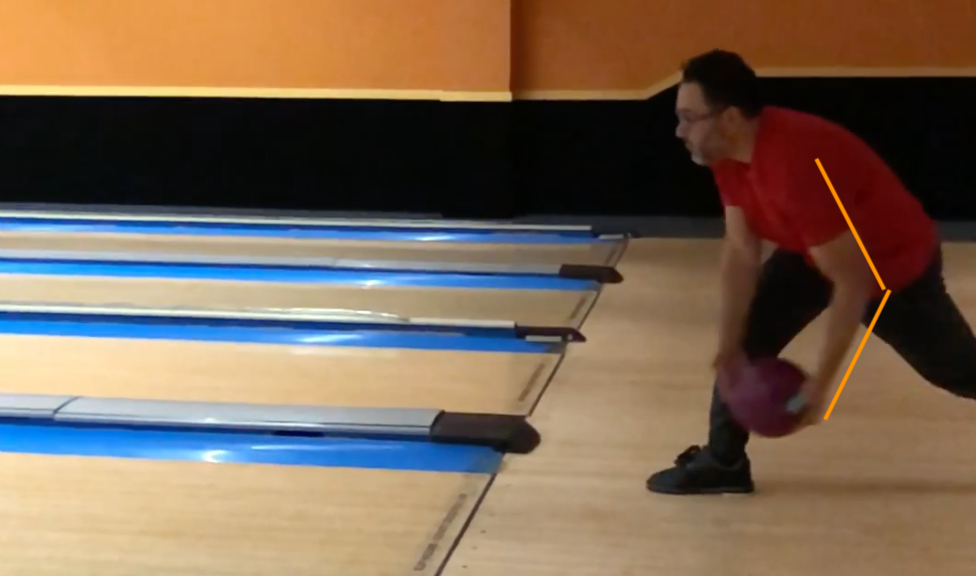 Alright so we are moving forward with this journey. I received lots of feedback, mostly supportive. As mentioned previously, injury has forced me to change things up. This is an opportunity to learn something new while also maintaining my skill level one-handed in case I would like to compete during the transition. And I think with this, I will be able to showcase ball reviews as both a lefty tweener and a lefty 2-hander. But this transition is not about that, that’s just an added bonus.

I start out just sort of “trying it”. I have lots of experience studying mechanics and learning things from the best out there like Ron Hoppe. There are a few things to get right that can be a little complex. Firstly which is most obvious is the footwork. Not necessarily the most important but very obvious when you see the typical 2-handed cadence. Now I’m certain I don’t look particularly elegant but my body seemed to understand the cadence and that skip step. Because I am not very fast it’s not the big hop that many 2-handers have at this point. But you will find that there are various styles. Some don’t hop at all. The more important issue in these shots is really pulling on the ball hard. Top level 2-handers do not look like this nor is there effort put in this way. I still have the issue of turning my hand too early, same problem that causes high axis rotation one handed. So it’s more appropriate to step back and start with foul line drills and focus on what’s important.

This first foul line drill video was focused on step 1 for me. That is ensuring the wrist breaks back at the release. So you start with a straight or cocked wrist and as you come through and down, the wrist essentially breaks back or opens to let the ball “fall off the table” or however you want to envision it. When I teach my kids, I put a ball on a chair and push it off. You will see that the ball naturally rolls off it and forward. That’s the key to a good release and rotation. That old school lift we were taught back in the day needs to die a quick death. I know many bowlers still do it but if you really want to develop in the modern game, that uncupping or opening up and letting the wrist break back on release is critical. Here, I’m still turning the ball and doing some other stuff and it doesn’t quite look natural. But I am letting the wrist break back. You’ll notice an open hand after the release. Some have different keys but an open hand is a sure sign that you didn’t lift. The thing I notice I’m doing wrong will be addressed in the foul line drill 2.

Now just to be clear, I’m not saying these 2 should be in this order. But these are 2 critical things that your body needs to recognize before you go hurtling down the lane. You need to get the arm straight, elbow essentially locked at release. This was as clear as day over the last month of throwing 2-handed that due to having my elbow bent all the time, my tricep tendon was getting very stressed. I started thinking what am I doing, trading one pain for another?? Anyway I spent some time with Ron Hoppe again and we created a plan so this drill is important. It starts with down on one knee and just working on a one-motion release with a locked elbow and opening the wrist. The point of this is to get the body understanding and recognizing the feel of the correct motion, not unlike any other foul line drill. The second part of the drill is to do the same standing up. So step by step we work our way up and then eventually through a step, and more steps. Belmo talks about the 2 major advantages 2-handers have. One is the ability to keep the fingers in the ball for an extended period of time. The other which would seem to follow is the ability to easily control axis rotation. There are other benefits, one I noticed right away. I bowled our sport league one-handed after not having thrown 1-handed for a month. 2 issues were very obvious. Thumb timing is crucial and I was now very inconsistent. This issue goes away 100% going to 2-handed. And after 4 games, the pain I couldn’t recall for a month was back in full force. If I had to bowl more, I wouldn’t be able to. So that cements that I need to move forward on this path.

Alright, that’s where we are today. We’ll check back in as we continue to make progress.

Thanks for hanging around and hopefully you learn something with me.