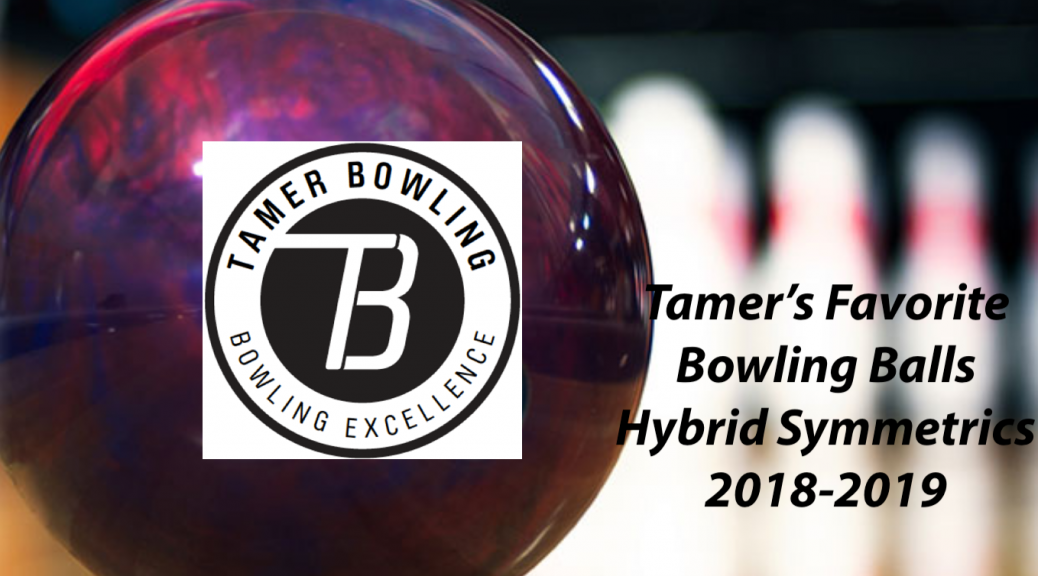 Welcome everybody. Today, we have another round in the best of series, “Tamer’s favorites.”
Since we get to bowl with many bowling balls, only some will make it to my personal favorites. This episode will cover 2018-2019 hybrid symmetrics. Again, this is a subjective opinion. It’s all about me. Who do you think you are, I am!
Alright, let’s get going. Let’s start with #5. The Hammer Scandal/S is a strong ball that has the heavy roll and oil coverage of an asym but the continuous roll of a symmetric. The special thing about this ball is that despite it being very aggressive overall, it still has great backend. The reason it’s not higher on the list is that it requires me to open up my angles more than I want. But this thing booms downlane. #4 is the green monster. Like the Hammer ball at #5, the Chaos is a strong ball. It also has really nice strong backend. And just like the Scandal/S, it is strong in the mids but doesn’t puke downlane. It has strong downlane motion. The real difference is that it doesn’t force me to open up the lane as much. In other words, I can be a little more direct if I want to take advantage of a heavy forward roll. This thing really goes through the pins nicely for me and is very usable on sport shots. So EBI is 3 of 3 now in the hybrid symmetric category with the GB3 taking slot #3. I have an affinity…get it…for this core. If you have seen my other videos, you will know what I mean. This core works, period. This love affair started for me with the original V2. The GB3 adds a strong hybrid cover which supplements the motion. In the end, I get great midlane control with good controlled and predictable backend motion. This is more of a medium/high volume ball for me but again is a ball really for sport shots in my game. It creates too much midlane friction on house shots for me to carry effectively. Hence, there are 2 balls ahead of it on my list. The Venom Cobra from Motiv punches right towards the top of my hybrid symmetric favorites. What can I say? This ball was extremely usable for me and I had it in the bag for a long time. Yes it’s been around for a while but it’s still in Motiv’s lineup and for good reason. The Cobra was always very predictable. It got through the fronts and mids cleanly which is what you need on house shots but also had a rounded move downlane that rarely jumped. It always just did its thing consistently. I love the way it looks rolling down the lane.


We finally reach #1. I’ve had a HyRoad around one way or another for many many years. Does this ball deserve to stay around the top this long? Well if nothing else can dethrone it, no. For context and maybe to some’s surprise, when I first got a HyRoad, I hated it. It was too flippy and uncontrollable for me. I liked the shape but no control. Tried for 15 games and had it redrilled for a pin down layout. After another 15 games, all of a sudden I came to the realization that this ball has become amazing. It stayed there for a long time. Even after 300 games on the original, it was still a great piece, even shot 300 with it after that many games on it. Now it’s still around sitting on the mantel somewhere. I have a new one and while my game has changed over the years, it still remains my favorite hybrid symmetric ball on the market.

Hopefully you enjoyed this episode of Tamer’s favorites. Were you surprised by any? What’s your favorites? Let us know in the comments section. Don’t forget to subscribe and join us on patreon. Thanks for watching!